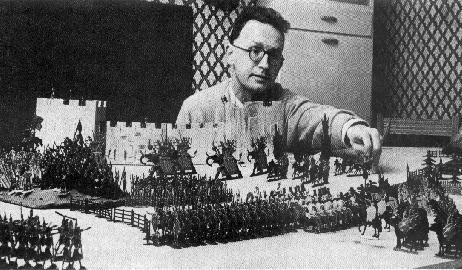 I've seen some posts on reddit and other fora asking questions like: what counts as (original) D&D, how do we know that it isn't (original) D&D anymore? What are the advantages of D&D to later editions using that name? Etc.

It is not a product designed to be consumed. Repeat: not a product made by experts to be consumed by an unprofessional public. It is a set of suggestions for fellow hobby-ists, who have a rich amateur knowledge and interest in their avocation. And those suggestions were sold at a price to make the effort worth it for the fellow-hobby-ists who did the work to put it out there for you.

So, don't get me wrong, obviously, in one sense, it was a product -- Gygax and Arneson did publish and sell it. But what we need to remember is that back in that day the market for such pamphlets was small and highly specialized and understood to be a way to get ideas out and shared with some minimum compensation -- no one got into publishing about miniature wargaming so that they could quit their day job! (This is something so easily do-able because of the internet and part of the DIY vibe of some of the best "OSR" stuff that is out there. We can share today in a way that the hobby-ists of 1974 couldn't have dreamed.)

Later "editions" move more and more towards "product identity" and changing the very semantics of the name "Dungeons & Dragons" from referring to three little pamphlets that suggested how to set up a medieval fantasy wargames campaign, itself intended for an audience of other wargamers, towards more of a product making money for a particular company from a non-expert set of consumers.

Thus these companies become increasingly concerned about their rights over this "product" -- and taking ownership for its development out of the hands of the consumers. This really changed the nature and vibe of things. Remember, for quite some time Gygax simply could not understand why any fellow-hobby-ist would want to by a "Dungeon Masters Kit," or "module." Why borrow someone else's creativity? The point is to have an outlet for your own! (Then he saw the cash available in it! I do not blame him for this. It was a smart, and, probably, the right business and even hobby-supporting move. I'm just giving this as an example for the subtle shift in things.)

Why do I keep putting "original" in parentheses? Just exactly because of the above. The three little brown books are not an edition. They are suggestions from hobby-ists, to fellow hobby-ists about a particular area of interest: wargames campaigning in a medieval fantasy setting. This is not an "edition," of a "game," with a unified mechanic and defined setting.

To many of us who play (original) Dungeons & Dragons, the other "editions" of Role Playing Game rules with the title "Dungeons & Dragons" look to us like many various house-rule variants of these suggestions for medieval wargames campaigns. (But, in this case, it often feels like someone else is telling us that their house rules are now the RULES, period.)

And good for them! In fact, thanks for sharing! They are all, also, D&D! But we don't have to use their house rules, we can make up our own. And we certainly don't have to view them as "official."

So, Dungeons & Dragons (original) is an approach to setting up medieval fantasy wargames campaigns. Back in the day, giants of the miniature war-gaming hobby would share their rules for how to resolve individual combats. But sometimes they would share rules for how to string together a series of combats into a coherent war campaign. In these documents, they would not focus on rules for the wargames themselves -- they assumed they were writing to wargamers who already knew such rules and probably already had their own house rules as a local, hobby, gaming group.

So, for example, they were in no way interested in a "unified mechanic." They wanted mechanics that made sense for the type of thing they were trying to resolve, at the appropriate level of scale. (Not everything scales up and down well, like, say, a fractal. More like the cube law, sometimes things need to change to work well.) This alone explains a lot of misconception about what the original little brown books were trying to do and to offer. Folks would do better, and understand original D&D far more, if they compared the three little brown books to other books on setting up wargames campaigns, rather than to later books that came to be called "role playing games."

Here are the three I would suggest anyone interested in understanding (original) Dungeons & Dragons:

Tony Bath's Ancient Wargaming including Setting Up a Wargames Campaign: 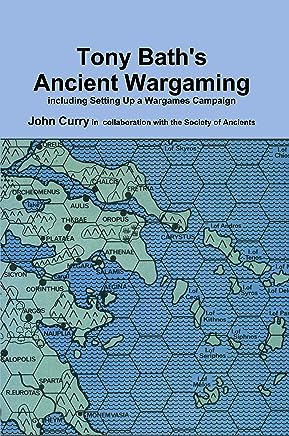 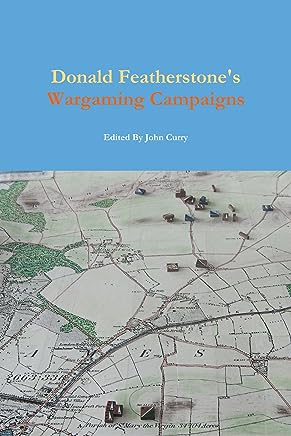 But I would especially emphasize Tony Bath's book.

Another big difference in the slow transformation from a small, wargames hobby to a large, consumer role-playing game product is the vibe of play, and what the goal of play is. And this is, in many ways, far more important for understanding the difference between "original" and later "editions" of D&D -- but that is for another post.

Before I write that post, my next post will be a kind of imaginary example of what D&D might have been worded like if it had more of the form of some of the above classical examples of wargames campaigns books.

To conclude this post, I will say, if you are involved, as a fellow hobby-ist, in a local medieval fantasy wargames campaign that, through play, has developed its own vibe, feel and corresponding house-rules, then you are playing Dungeons & Dragons, whatever other name you call it.