Elves of the Perilous Realms 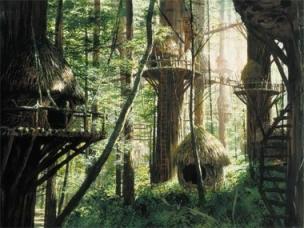 Born in the Golden Age, rulers of the Silver Age, the elves of the Perilous Realms, though diminishing, are nevertheless a force to be reckoned with. The elves were born under the gracious rule of the triumphant celestial Powers after their imprisonment of the chthonic Powers in the depths of the earth.

With the fall of the Golden Age, due to the broken watch of the Powers, the fell races rushed in, autochthonically, as part of the re-ascendence of the chthonic Powers. (From ever on the fell regenerate themselves through abiogenesis, but more on that later. We must know some of the fell to tell the tale of the elves.)

The elves experienced the loss of the safety of their Powerful rulers and fell into the disarray of fell attacks. Thus the elves organized themselves and in the name of the Powers they still loved and thus they fought off the fell and established rule throughout the Perilous Realms. This was the dawn of the Silver Age.

But they did not simply conquer the fell, they also enslaved them. Cultures, languages and bloodlines intermingled. It was at this time that men were born into the world. Just as the elves had basked in the rulership of the Powers, so now, in their youth, men rested in the benevolent rule of the elves. So long as they were their loyal subjects and grateful vassals, the elves enjoyed the company of men.

But the time came for the fall of the Silver Age as the elves fell into opulence and decadence. Thus we come to the second dark age. At this time the undead first appear and lycanthropy escapes from twisted alchemical laboratories. Men find themselves in an analogous position to their elven lords. Just as they lost the protection of the Powers, so too now men found themselves without the glorious Silver Age civilizations.

And, just as the elves had fought back and won their own empire, so too men formed the empires of the Bronze Age. As men increased, even the elves that did not retire to the uttermost West began to diminish in both magic and in number.

During this time, Some elves sided with the men as the only way to survive and the obvious heirs to their previous glory. Happy for the protection and friendship of the newly formed empires of men, these entered into loose alliances and maintained simple pastoral ways as deer herders dwelling in woodland villages high upon enchanted flets. These became known as the Wood Elves. The Wood Elves are on the side of the Law.

Most of the elves, however, fled into the wildernesses of the world into a forlorn life of hunting and gathering. As human hunter and gatherer societies usually consist of a few extended family groups meeting occasionally as entire tribes, elven hunter gatherers walk completely solitaire, meeting occasionally in small family groups. Their dwellings are stumps and ancient trees which only they know how to open and close. These became known as the Sylvan Elves. The Sylvan Elves take no sides any longer but their own. They are Neutral.

A few elves, however, resented the rise and ascendence of men. They refused to relinquish the former glory of the Silver Age, or even admit that it had ended. These elves dwell in enchanted castles and keeps, waylaying human travelers and imprisoning them. They try to continue to live lives of opulence and excess and to convince others of the same. These became known as the Gray Elves (either for their grave countenance upon meeting men, or perhaps due to their typical gray cloaks or, again, perhaps for the grayness of the stones of their castles -- when visible, whichever no one knows). The Gray Elves disdain human law and the ever increasing tide of human rule which they claim encroaches upon their rightful inheritance. They are therefore on the side of Chaos.

Now, with the Bronze Age Collapse, in this Age of Adventure, when parties explore the wilder lands of peril, they may be waylaid or may discover the hidden homes of any of these kinds of elves. But woe to those who fall into the traps of the Sylvan Elves, and even more so to the enchantments of the Gray Elves.

In terms of mechanics, the vast majority of the remaining elves within the Perilous Realms are the hidden and secretive Sylvan Elves. But just exactly because they are so well hidden, they are the least likely to be encountered. So, 1:6 chance that a random elven encounter in the wilderness is with one of these. If so, it means that the encounter happened at night.

The greatest minority of elves would be the Gray Elves. But just exactly because they are so militant against human rule, they are always the elves encountered when a stronghold or castle is elven. Or, if randomly encountered, 1:3 chance that it is a party of Gray Elves.

Finally, a significant minority of the remaining elves within the Perilous Realms are the friendly and lawful Wood Elves. Whenever discovering an elven village, it will be Wood Elves. And most of the time, 5:6, if there is a random elven encounter in woodland regions. Otherwise the chance of encountering a party of Wood Elves is 2:3.

In terms of playing-characters, the kind of elf you play would be based upon your choice of alignment. A backstory could quickly be spun about how you choose adventure and the company of men, etc.

This allows me to blend rather seamlessly Tolkien-style, Anderson-style and folklorish elven source material. I intend this to contribute to a rich, interesting, but still thoroughly vanilla fantasy setting -- one of the main goals of the Perilous Realms campaign!

Fight on!
Posted by Tetramorph at 2:59 PM