A Dungeon a Day Challenge 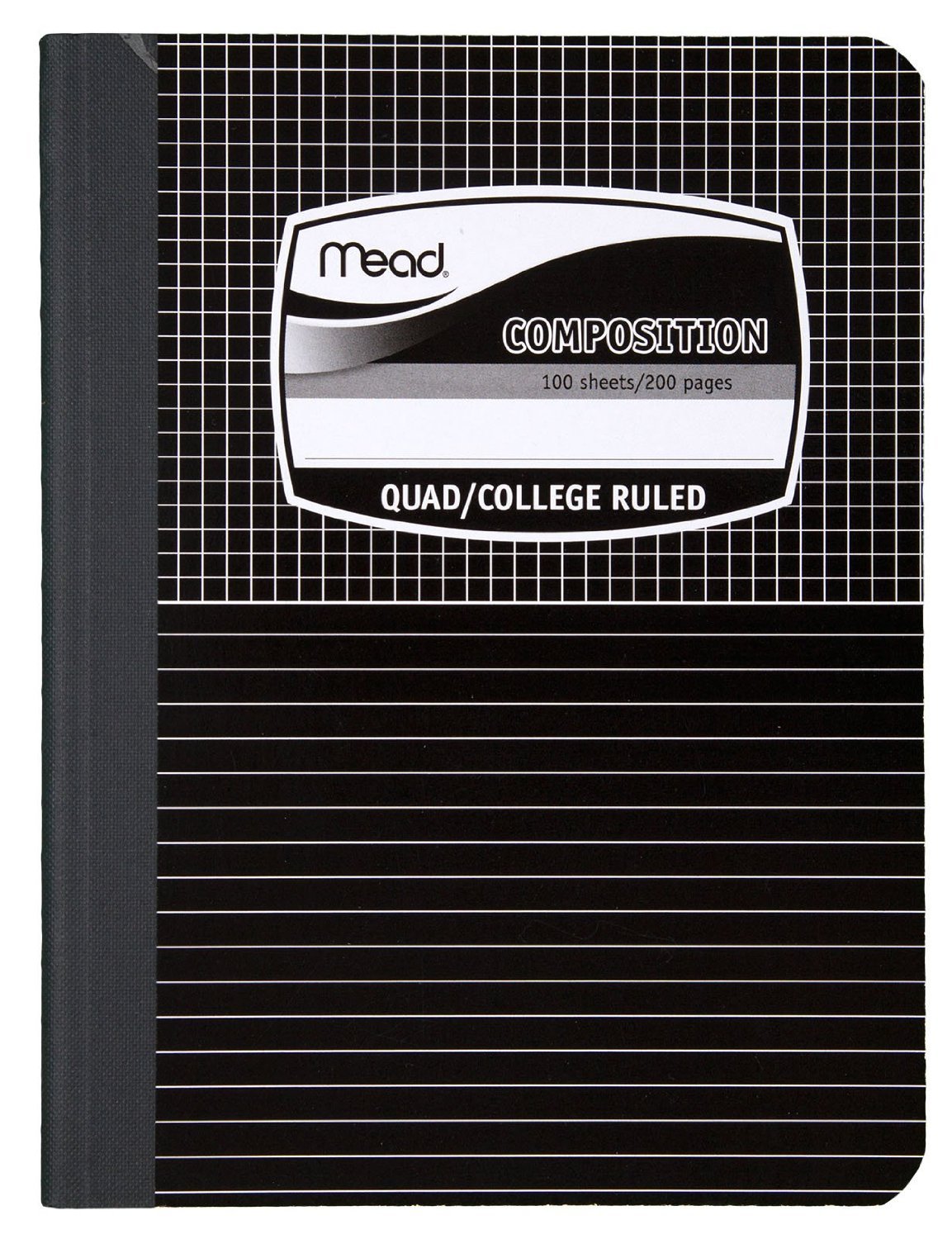 I found these great composition notebooks. They have graph paper on the top half of each page and lines on the bottom half. These beg to be used for dungeons, levels and lairs: map on top, key on bottom! 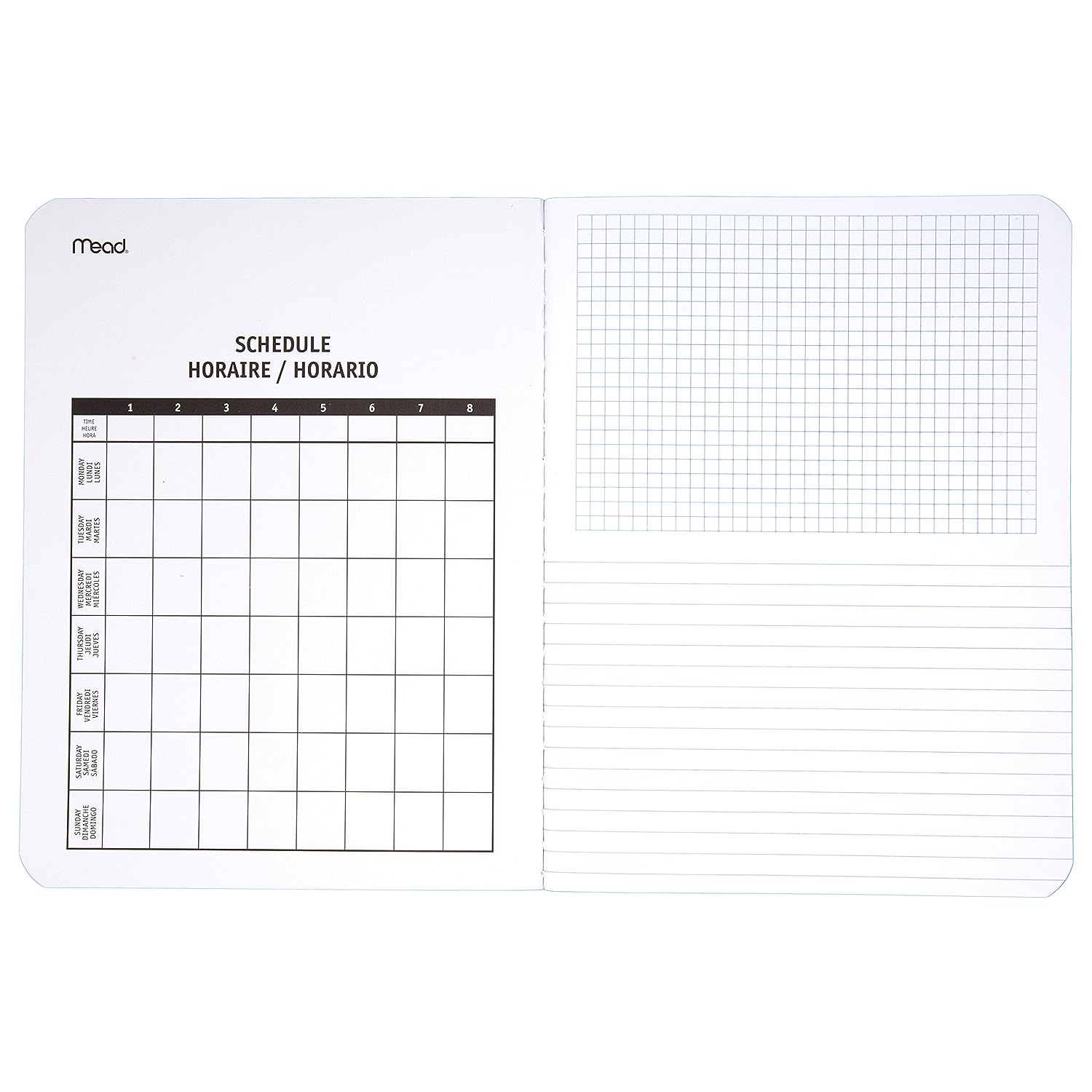 I've stalled out on my mini module project to do the paralysis that goes with perfectionism.

So I've decided to challenge myself. I am going to draw and key a dungeon (level or lair) a day! I already did yesterday and it was a lot of fun.

I really do not enjoy mapping (I do love keying, though!). So this is a challenge to build my chops and perhaps break through a barrier that is keeping me from enjoying something fairly essential to the game. Again, I think it is my perfectionism that keeps me from just doodling at maps. 200 sheets of paper in a cheap composition notebook should help!

I will share what I want to, when I want to, without any blog performance pressure! But I will update every now and then to let you know I am still going on this.

Perhaps this will get me closer to what I meant by the mini modules. And it may help me get back to that project.

Anyone care to join me?
Posted by Tetramorph at 8:11 AM 3 comments:

Questions for Generating a Dungeon of the Mythic Underworld 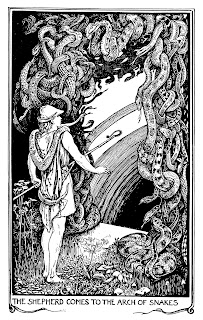 Inspired by Jeff's Gameblog's list of twenty quick questions for your campaign setting, here are some sets of questions for generating a dungeon of the mythic underworld. Should contribute to generating some find "funhouse" dungeons:

Questions for Generating a Dungeon of the Mythic Underworld


What is the treasure it hides? Is it named? Famous? Backstory? Will any of the above give the characters any clues as to how to find and recover it? How do the characters find out?

Why did chaos want to swallow the treasure in its mythic belly? How did chaos swallow it up? Was it done through chaos’ own occult magics, or were chaotic creatures or characters involved? Has law even become aware? Does neutrality find the capture to bring balance or imbalance to the state of things?

What tricks, monsters and traps did chaos manifest to hold its treasure tight? What wonders, magic-items or clues has law provided as an immune-response to chaos? Are there any pockets of neutral homeostasis, providing brief oases of respite for weary characters?

Is there a single main monster, type or kind? Do the monsters know or understand their role at all? Do they also want the treasure? Do they fear it and would love to rid themselves of it? How can the characters find out?

Are the traps ubiquitous or rare? Obvious or hidden with scattered clues? Have the monsters devised the traps? Or did chaos herself devise them from her own insanities? Has neutrality closed the loop, leaving behind the carnage of those who previously tripped the trap? Has law provided helpful clues and means to disarm the traps?

How do the characters find out?
Posted by Tetramorph at 8:51 AM No comments: