More on the General Line-up 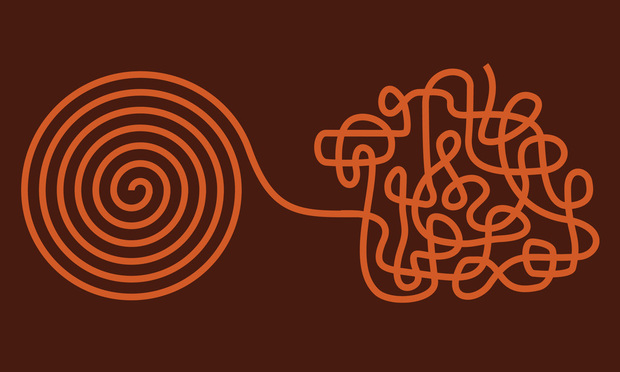 Alignment came from wargames. It was about knowing what side of the battlefield to place the troops. There were the good guys (law), the bad guys (chaos) and those who wanted to try to keep out (neutral).

What does this mean?

Here is how I understand it now.

This is because human law is consonant with the laws of heaven or the cosmos. Thus human law is universal and should be performed and judged the same across all geographic regions, with some wiggle room for local variation and culture.

In actual practice, there are many schools of law, all arguing with each other as to who has gotten it right, but still basically recognizing each other. So, for example, there are the philosophers of the Forbidden City who proclaim that the law of heaven and of men is the same and we must find its Way. Then there is the Church of Law who believe the King of Heaven has revealed the one true law. They alone have Crusaders (clerics) actively spreading universal human law as they understand it.

This is because human law is something that arises naturally from human beings through accumulated custom. Custom is unavoidable and ought to be respected for the life it brings to human groups. And although laws are natural and not entirely arbitrary, nevertheless they do not enjoy anything like a one-to-one correspondence with the laws of the cosmos.  So one ought not to expect different human groups to have similar customs and laws.

There are many local cults and philosophical schools who adhere to something like the above. They are not willing to fight for anything they perceive to be purely local and customary. They will fight for human life. Needless to say, there are no churches or crusaders for neutrality.

Human law isn't any good for anybody. Human settlements must be liberated from such oppressive local customs and traditions. Elves and dwarves and hobbits - even fell races such as orcs - actually live closer to a truly liberated existence.

This is because human law is merely by convention and therefore purely arbitrary. Laws are imposed by the strong on the weak. Laws arise among human beings out of fear of living truly free like animals following their instincts, or fay or fell races following their intuitions. Basic moral sentiments such as loyalty, disgust, respect, affection, retribution and reward are all that are necessary to live a truly human life.

Most of the cults and philosophical schools who adhere to something like the above find that they must maintain relative secrecy for their own protection. They will fight for freedom of sentiment for themselves and on behalf of others when they perceive they have an overwhelming advantage - a real chance for success - for they know the wrath of Law that will rain down upon them should they fail. Among the multitudinous cults there are many who fashion themselves "churches." These sometimes recognize each other and are willing to work together for practical reasons. They all attempt to infiltrate the Church of Law to over throw its tyranny from within. These churches have anti-crusaders (anti-clerics), sometimes openly so, sometimes acting under-cover as Crusaders (clerics), actively spreading freedom of sentiment as they understand it.

How they understand each other

This of opposite alignments see the other as deluded and dangerous.
Neutral folks find Law and Chaos fanatical, over-worried and perhaps a bit hokey.
Chaos and Law find Neutral folks wishy-washy, noncommittal and perhaps obstructive.

I hope this is clearly different than the way that alignment is sometimes described. Please note that none of these folks are deliberately immoral, but all can fall into some form of immorality. Chaos can be moral simply freely following basic human sentiments and passions like affection, loyalty and disgust. Chaos can be immoral when any of those affections become extreme and cruel. Law can be moral by bringing safety and peace to free races. Law can be immoral when that law is imposed with fear, micromanagement and oppression. Neutrality can be moral by respecting both sentiment and local mores. Neutrality can be immoral through complacency, claiming they ought not to get involved so as not to meddle in, or impose upon others, merely local custom.
Posted by Tetramorph at 2:34 PM 1 comment: